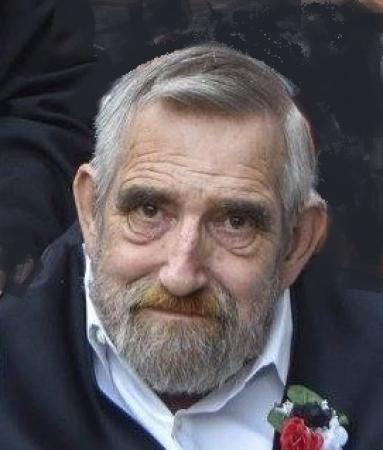 Arthur Lenard Buchanan, age 65, passed away on Wednesday, April 25th, 2018 in Sioux Falls. He was born on November 23rd, 1952 in Corona, California, and raised by his loving parents Mary Ann (Cozine) Haynes and Henry Haynes. Art left school at 15 to marry his wife Margarita Franco on October 25th, 1968, but returned for his degree and continued into college. Art then joined the Air Force, where he served for 6 years under the eventual rank of Staff Sergeant.

Later in life he began work as a psychiatric technician in California before coming to Iowa. No matter how hard he worked, he would always come home with candy and smiles for the children in his life, and many of us owe a part of who we are to his big heart and gentle nature. He was a kind and loving husband, father, grandfather, and uncle. He was everything he needed to be for everyone he loved. Art was a homebody, preferring to spend time with his family and his pets while he watched television or read.

For those wishing to pay their respects to Art, his service will be at the Greenwood Schubert Funeral Home in Marcus on Wednesday, May 2nd at 2:00 p.m. Anyone willing to speak about how he touched their lives is more than welcome to share stories or memories of him.

A Celebration of Life service will be held at 2:00 p.m., Wednesday, May 2, 2018, at the Greenwood-Schubert Funeral Home in Marcus.
Military Rites will be conducted by the Marcus F.I. Goodburn American Legion Post #517 and Cherokee
VFW L.A. Westcott Post #2253.

There will be no visitation prior to the service.
To order memorial trees or send flowers to the family in memory of Arthur L. Buchanan, please visit our flower store.