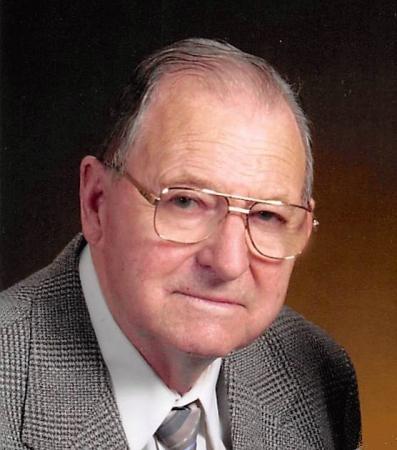 Claude Leslie Whited, the son of Edith (Fechter) and Claude Whited, Sr., was born on a farm near Paullina, IA on January 6, 1930. He grew up on the farm, and graduated from Sutherland High School in 1948.
On August 12, 1971, Claude married Mary Lou Galigan. She preceded him in death on January 12, 1993. He was then united in marriage to Mary (Kruse) Burmakow on September 11, 1993, and joyfully took on the role of “Step-Dad” and “Grandpa” to her children and grandchildren. The two were engaged in farming south of Marcus until they retired in 2004 and moved to Cherokee. Claude spent countless hours in his shop, both on the farm and in town, tinkering with machinery. He could fix almost anything. Following a life-altering stroke, Claude made his home at Cherokee Specialty Care in Cherokee. He made the most of the circumstances, and continued to amuse his family and the staff with his good sense of humor. He didn’t complain, and was always ready with a good joke.

Claude passed away at Cherokee Specialty Care on Sunday, September 30, 2018, at the age of 88. He was preceded in death by his parents, Claude and Edith Whited, his first wife, Mary Lou, siblings Jim Whited and Margaret Whited, and two step-grandchildren.

A Mass of Christian burial will take place at 10:30 a.m., Thursday, October 4th at Immaculate Conception Catholic Church in Cherokee.

Visitation will begin after 2:00 p.m. Wednesday, October 3rd at the Greenwood-Schubert in Cherokee. The Knights of Columbus will lead the Rosary at the funeral home at 4:45, and the family will be present from 5-7:00 p.m.
A prayer service will follow the visitation at 7:00 p.m.