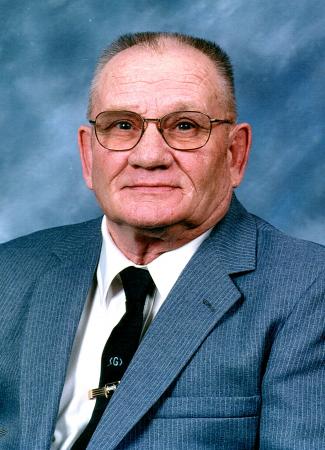 George Frederick Woolley, the son of Lester and Vivian (Stocking) Woolley was born March 2, 1933 in Princeton, IL. His childhood years were spent in Illinois and Wisconsin where he received his education. He was drafted into the United States Army in September of 1952. He served until his honorable discharge in 1954. After the military, he drove truck in the Chicago area.

On January 8, 1955, George was united in marriage to Ruth Krause. They lived in Arizona for a short while before moving to Spirit Lake, IA, where he started a trucking company. After several years, they moved to Meriden, IA, Washta, IA, and eventually back to Meriden, where George worked at the Meriden Elementary School until his retirement in 1995. Following Ruth’s death on February 7, 2001, he moved back to Cherry, IL. On June 7, 2003, he was united in marriage to Judy Vogt in Princeton, IL. They made their home in Cherry.

George enjoyed camping, woodworking, gardening, and fishing. He loved to tinker with just about anything. He enjoyed tearing things apart to fix them and putting everything back together. Most of all, George enjoyed spending time with his family and friends.

On March 12, 2018, George passed away in Illinois at the age of 85. He was preceded in death by his parents; first wife, Ruth Woolley; a daughter, Jolan Burns; daughter-in-law, Lori Woolley; as well as a brother, two sisters-in-law, five brothers-in-law, and his beloved dog, BJ.

A memorial service will be held at 2:00 p.m. Saturday, March 24, 2018, at the Greenwood-Schubert Funeral Home in Cherokee, Iowa

Visitation will begin at 1:00 p.m. Saturday, one hour prior to the service at the funeral home.

In lieu of flowers, the family requests that memorials be made to the George Woolley Memorial Fund.

Military services will be conducted by the Cherokee V.F.W. L.A. Wescott Post #2253 & The Cherokee American Legion.
To order memorial trees or send flowers to the family in memory of George F. Woolley, please visit our flower store.