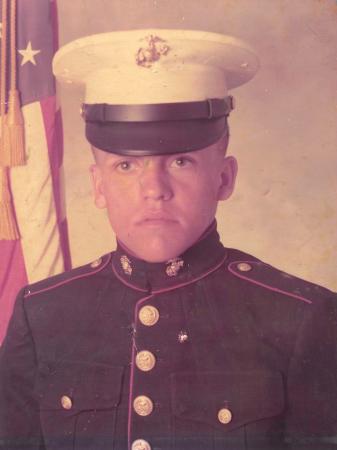 Merlin Oliver Hunt, Jr., was born in Cherokee; IA on July 11, 1957, the son of Barbara (Kaus) and Merlin Hunt, Sr. He grew up in the Quimby, IA area, and graduated from Willow H.S. in 1975. Following graduation, Merlin served in the Marines, where he was stationed in Sicily, Italy from February of 1976 until March of 1979.

He married Jerri Baumann in 1979, and was blessed with four children: Melanie, Ashley, Tony and Jon. He later remarried and welcomed three more children, Ashton, Meredith and Kendra.

Throughout the years Merlin worked for Darrell Adamson for 15 years, Select Pigs, and was currently working construction. He always enjoyed working and was a hard-worker. In his spare time he enjoyed Western movies and watching sports. He was a fan of the Seattle Seahawks and the Toronto Blue Jays.

Following a brief illness, Merlin passed away at Mercy Medical Center in Sioux City on Friday, February 15, 2019. He was 61. Preceding him in death were his parents and a half-sister, Pam Pilecki.

To send flowers to the family of Merlin Hunt, Jr, please visit our Sympathy Store.

Funeral services will be at 2:00 p.m. on Friday, February 22nd at Greenwood-Schubert Funeral Home in Cherokee.

Visitation will be at the funeral home one hour prior to the service.