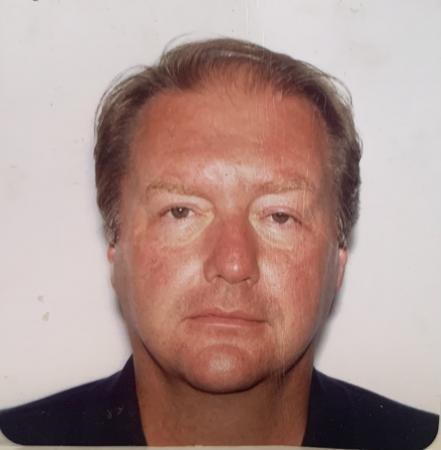 Noel Gordon Messerole, beloved husband, father, and “Bumpa” passed away on July 31st 2021, at the age of 58, in his hometown of Cherokee, Iowa. His battle with serious medical issues in recent years, showed his courage in facing life challenges with a smile, and Great Spirit. Despite the pain, Noel never let his health be a reason to miss life’s adventures, and remained strong until the end.

His childhood years were spent in Cherokee where he attended school and graduated from Washington High School. After his retirement he moved to Florida with the intention to work on his tan and improve his Golfing skills.

Noel was a comedian who had no boundaries between his sarcasm and sense of humor. He kept people rolling in laughter because he could find humor in the most mundane life circumstances. His recent hobbies included flirting with his nurses and buying random stuff from late-night infomercials.

Noel proudly served in the marines, and spent his entire career in the meat industry, working for companies like IBP, Smithfield and Tyson Foods. His work ethics and leadership earned him the respect of many colleagues in the industry, however, his greatest accomplishment in life, as he would say, were his five kids.

Noel had a passionate love affair with candies, and anything dipped in peanut butter. Although he dealt with health issues, it did not stop him from living a plentiful life. He traveled wherever he wanted to travel, joke inappropriately at every chance, bought whatever he wanted to buy, and sang Karaoke every opportunity he had. He was the happiest when surrounded by his family and never missed a cocktail hour. We will definitely miss his colorful language, dirty jokes, and most of the all, stories of the pranks he pulled during his life.

An Elvis collector, and a loyal Hawkeye’s fan, he died peacefully knowing well that this season the Hawks will beat Nebraska.

He was preceded in death by his parents, Robert and Sheryl Messerole, and sister Jonna Galvin.

Visitation will begin at 4:00 p.m. Friday, with family present from 5:00-7:00 p.m. Friday night at the Greenwood-Schubert Funeral Home in Cherokee.