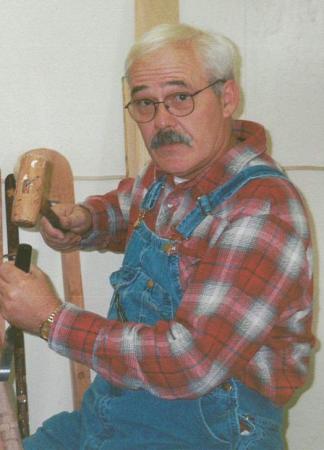 Tony Raymond Morris, the son of George and Roberta (Cosman) Morris Jr. was born on August 9, 1952, at Ottumwa, IA. His childhood years were spent in Ottumwa where he attended school and graduated from Ottumwa High School. After graduation, Tony enlisted in the United States Marines where he served until his honorable discharge.

On May 1, 1976, Tony was united in marriage to Kerrie McGrew at Kaneohe, Hawaii. Following their marriage, they lived in Sana Rosa, CA where he attended and graduated from Sonoma College in 1980.

Tony enjoyed woodworking. He was a master woodworker and had the opportunity to make a hummingbird Christmas ornament for President George Bush. He was invited by the White House to present the ornament to the Bush family. Besides woodworking, he enjoyed the outdoors and being able to observe nature. He also enjoyed canoeing and helped found the Polar Bears Canoe Club. Most of all, Tony enjoyed spending time with family and friends.

On November 21, 2019, Tony passed away at his home in Cherokee at the age of 67. He was preceded in death by his wife, Kerrie Morris; and parents, George and Roberta Morris.

He is survived by his son, Sean (Lei Peng) Morris and their daughter, Alice Mei Morris of Plainview, TX; six brothers; two sisters; and several nieces; nephews; other relatives and friends.

Visitation will be held one hour prior to the service at the church.